Welcome to Almaty in Kazakhstan,

A guide to attractions, accommodation and tourism 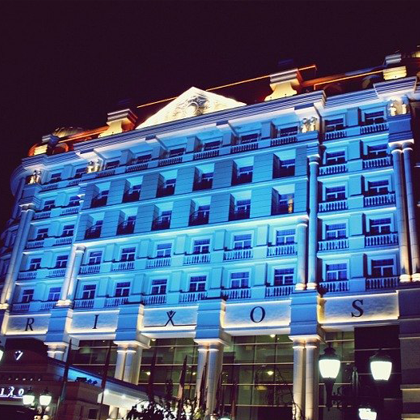 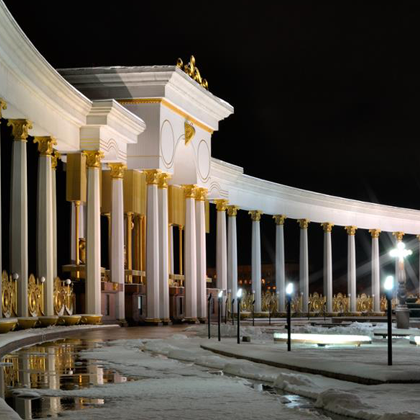 Where To Enjoy Nightlife

The Bridge between Asia and Europe' 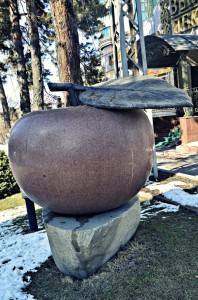 Almaty , orAlma-ata Алматы  is the largest city in Kazakhstan with a population of 1,421,868 (at 1st of August 2010) with about 9% of the countries population located in one city, it is certainly a hustling and bustling place to be. It also used to be the former capital of the country, until 1997 when it moved to Astana.

The city is still the centre of commerce for Kazakhstan, with the stock exchange and largest banks located there including Kazkommertsbank, which is the largest bank in Kazakhstan, and one of the largest players in Central Asia.   The Stock exchange is the largest in Central Asia and is responsible for a large proportion of the Countries economy.   Plans are being developed to increase substantially the financial facilities, and currently under construction is 'Almaty Financial District and Esentai Park.

literally means 'city of apple trees', and, because of its relatively mild climate, it has a wide range of apple trees.   The Almaty area is said to be the genetic home for many varieties of apples and the area is often visited by researchers and scientists from around the world, in order to learn more about the complex systems of genetics, and also to discover the true beginnings of the domestic apple.   A good traditional story links the taking of the apple from the tree in the old testament to Almaty.  The Turkic name for apple is Alma and Ata meaning forefather, which could lay it open to be possibly the origin of the Apple (The garden of Eden). 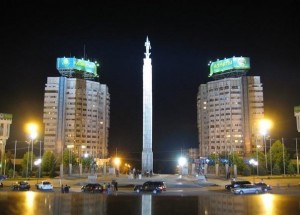 The monument to the countries independence

The city certainly has a spectacular beauty, whether or not it was the Garden of Eden, and is located in the foothills of  the Trans-Ili Alatau  in the extreme southeast of Kazakhstan.  The backdrop of mountains against the taller buildings makes a dramatic and impressive sight and was the center for the Asian Winter games in January 2011.

Kazakhstan is the ninth largest country on the planet and was under Russian control until 1993 when it became an independent state.   Kazakhstan now has developed its own good relationships with both the east and west and also adapted its culture to suite both the old and the new.