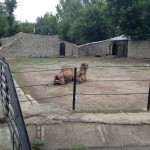 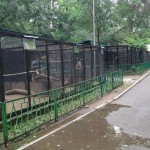 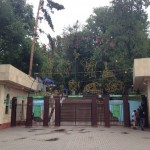 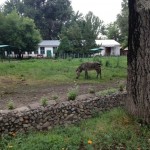 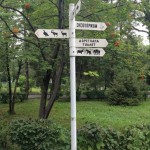 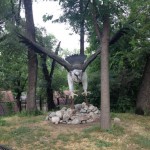 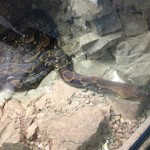 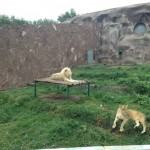 Almaty Zoo is situated to the eastern side of the city in the large park area. See map below. It is one of the oldest zoos in Kazakhstan (now over 75 years old), so tends to be of a traditional layout and design. 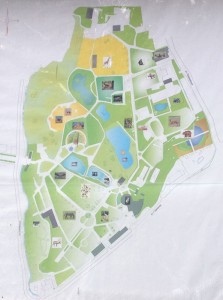 Almaty Zoo covers an area of 21 hectares, and has, in its collection, examples of the unique and diverse wildlife of Kazakhstan, in particular, deer, wild ram, wolf, beaver, golden eagle, and others.
The collection of animals also exibits animals from further afield including white and Himalayan bears, tigers, jaguars, Persian and Far Eastern leopards, elephants, zebras, yaks, deer, markhor, American condors, vultures, horned crows, snakes, crocodiles. The total number of species is more than 350 and about 6,000 different animals.
The zoo is well attended and loved by the local people, particularly in holiday periods.
Opening hours: Daily, 10:00-17:00 in winter, 9:00-19:00 in summer.