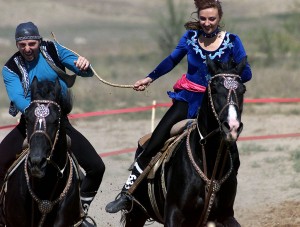 Riders in traditional dress demonstrate Kazakhstan’s equestrian culture by playing a kissing game, Kyz kuu (“Chase the Girl”), one of a number of traditional games played on horseback

Before the Russian colonisation, the Kazakhs had a highly developed culture based on their nomadic pastoral economy. Islam was introduced into the region with the arrival of the Arabs in the 8th century. It initially took hold in the southern parts of Turkestan and spread northward. The Samanids helped the religion take root through zealous missionary work. The Golden Horde further propagated Islam amongst the tribes in the region during the 14th century.

Because livestock was central to the Kazakhs’ traditional lifestyle, most of their nomadic practices and customs relate in some way to livestock. Kazakhs have historically been very passionate about horse-riding. 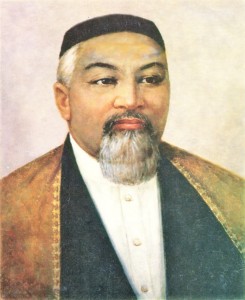 Tourism is a rapidly growing industry in Kazakhstan and it is joining the international tourism networking. In 2010, Kazakhstan joined The Region Initiative (TRI) which is a Tri-regional Umbrella of Tourism related organisations. TRI is functioning as a link between three regions: South Asia, Central Asia and Eastern Europe. Armenia, Bangladesh, India, Georgia, Kazakhstan, Kyrgyzstan, Pakistan, Nepal, Tajikistan, Russia, Sri Lanka, Turkey and Ukraine are now Partners and Kazakhstan is linked with other South Asian, Eastern European and Central Asian countries in tourism market.

In the national cuisine, livestock meat can be cooked in a variety of ways and is usually served with a wide assortment of traditional bread products. Refreshments often include black tea and traditional milk-derived drinks such as ayran, shubat and kymyz. A traditional Kazakh dinner involves a multitude of appetisers on the table, followed by a soup and one or two main courses such as pilaf and beshbarmak. They also drink their national beverage, which consists of fermented mare’s milk.

The most popular sport in Kazakhstan. The Football Federation of Kazakhstan (FFK; Kazakh: Қазақстанның Футбол Федерациясы) is the sport’s national governing body. The FFK organises the men’s, women’s and Futsal national teams.

The Kazakhstani national ice hockey team has competed in ice hockey in the 1998 and 2006 Winter Olympics as well as in the 2006 Men’s World Ice Hockey Championships. 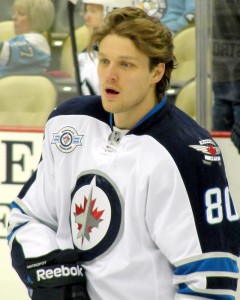 Cycling is a popular activity throughout the country. Kazakhstan’s most famous cyclist is Alexander Vinokourov.

Since independence in 1991, Kazakhstan’s boxers have won many medals, quickly moving up the all-time Olympic boxing medal table from last to a current 11th place. Three Kazakh boxers, Bakhtiyar Artayev, Vassiliy Jirov and Serik Sapiyev, have won the Val Barker Trophy, leaving Kazakhstan second (after the United States) in total number of victories.
World IBF, WBO and IBO heavyweight champion Vladimir Klitschko was born in Kazakhstan in 1976. Additionally, undefeated middleweight Gennady Golovkin holds the WBA and IBO titles, as well as the WBC interim title. He is also currently on a streak of 20 consecutive knockout victories. 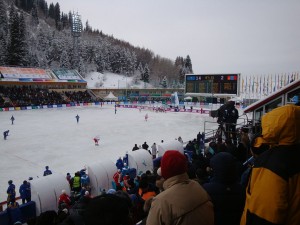 Bandy at the 2011 Asian Winter Games, minutes before Kazakhstan winning the title

The Kazakhstan national bandy team is among the best in the world and has won the bronze medal at the Bandy World Championship many times, including the last time in 2015. In the 2011 Bandy World Championship, the team reached extra time in the semifinal before their defeat by Sweden. The 2012 Championship was hosted by Kazakhstan. Again there was a dramatic semifinal against Sweden, as Kazakhstan was leading 5–3 with a few minutes remaining and finally losing in a penalty shoot-out. At the 2011 Asian Winter Games, the team won the gold medal. Bandy is being developed in 10 of the country’s 17 administrative divisions (8 of the 14 regions and 2 of the 3 cities which are situated inside of but are not part of regions). Akzhaiyk from Oral, however, is the only professional club. At the 2017 Winter Universiade in Almaty, bandy will feature as a demonstration sport for the first time.

Askhat Zhitkeyev won silver at the 2008 Olympics and Yeldos Smetov won the 2010 Junior World Championships in the 55 kg (121 lb) category.

Zulfiya Chinshanlo won a gold medal at the 2012 London Olympics. 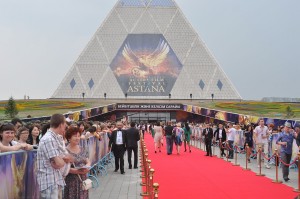 Kazakhstan’s film industry is run through the state-owned Kazakhfilm studios based in Almaty. The studio has produced award winning movies such as Myn Bala, Harmony Lessons, and Shal. Kazakhstan is host of the International Astana Action Film Festival and the Eurasian Film Festival held annually. Hollywood director Timur Bekmambetov is from Kazakhstan and has become active in bridging Hollywood to the Kazakhstan film industry.

Kazakhstan journalist Artur Platonov won Best Script for his documentary “Sold Souls” about Kazakhstan’s contribution to the struggle against terrorism at the 2013 Cannes Corporate Media and TV Awards.

Kazakhstan is ranked 161 out of 180 countries on the World Press Freedom Index, compiled by Reporters Without Borders. A mid-March 2002 court order, with the government as a plaintiff, stated that Respublika were to stop printing for three months. The order was evaded by printing under other titles, such as Not That Respublika. In early 2014, a court also issued a cease publication order to the small-circulation Assandi-Times newspaper, saying it was a part of the Respublika group. Human Rights Watch said: “this absurd case displays the lengths to which Kazakh authorities are willing to go to bully critical media into silence.”

With support from the US Department of State’s Bureau for Democracy, Human Rights and Labor (DRL), the American Bar Association Rule of Law Initiative opened a media support centre in Almaty to bolster free expression and journalistic rights in Kazakhstan.

Kazakhstan has three cultural and natural heritages on the UNESCO World Heritage list: the Mausoleum of Khoja Ahmed Yassaui, Petroglyphs within the Archaeological Landscape of Tamgaly, and the Korgalzhyn and Nauryzumsky reserves.