As it extends across both sides of the Ural River, considered the dividing line with the European continent, Kazakhstan is one of only two landlocked countries in the world that has territory in two continents (the other is Azerbaijan). 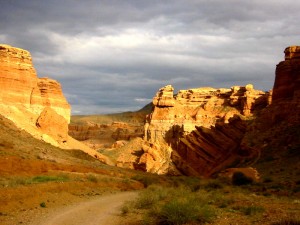 With an area of 2,700,000 square kilometres (1,000,000 sq mi) – equivalent in size to Western Europe – Kazakhstan is the ninth-largest country and largest landlocked country in the world. While it was part of the Soviet Union, Kazakhstan lost some of its territory to China’s Xinjiang autonomous region[citation needed] and some to Uzbekistan’s Karakalpakstan autonomous republic. 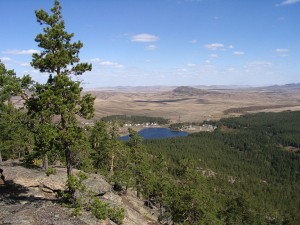 Kazakhstan’s terrain extends west to east from the Caspian Sea to the Altay Mountains and north to south from the plains of Western Siberia to the oases and deserts of Central Asia. The Kazakh Steppe (plain), with an area of around 804,500 square kilometres (310,600 sq mi), occupies one-third of the country and is the world’s largest dry steppe region. The steppe is characterised by large areas of grasslands and sandy regions. Major seas, lakes and rivers include the Aral Sea, Lake Balkhash and Lake Zaysan, the Charyn River and gorge and the Ili, Irtysh, Ishim, Ural and Syr Darya rivers.

The Charyn Canyon is 80 kilometres (50 mi) long, cutting through a red sandstone plateau and stretching along the Charyn River gorge in northern Tian Shan (“Heavenly Mountains”, 200 km (124 mi) east of Almaty) at 43°21′1.16″N 79°4′49.28″E. The steep canyon slopes, columns and arches rise to heights of between 150 and 300 metres (490 and 980 feet). The inaccessibility of the canyon provided a safe haven for a rare ash tree Fraxinus sogdiana that survived the Ice Age and is now also grown in some other areas. Bigach crater, at 48°30′N 82°00′E, is a Pliocene or Miocene asteroid impact crater, 8 km (5 mi) in diameter and estimated to be 5±3-million years old.

The climate is continental, with warm summers and cold winters. Indeed, Astana is the second coldest city in the world after Ulaanbaatar. Precipitation varies between arid and semi-arid conditions. 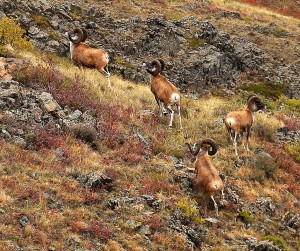 Common mammals include the wolf, red fox, corsac fox, moose, argali (the largest species of sheep), Eurasian lynx, Pallas’s cat, and snow leopards, several of which are protected. Kazakhstan’s Red Book of Protected Species lists 125 vertebrates including many birds and mammals, and 404 plants including fungi, algae and lichen.

The cities of Almaty and Astana have status “state importance” and do not belong to any region. The city of Baikonur has a special status because it is being leased until 2050 to Russia for the Baikonur cosmodrome.

Each region is headed by an akim (regional governor) appointed by the president. Municipal akims are appointed by region akims. Kazakhstan’s government relocated its capital from Almaty, established under the Soviet Union, to Astana on 10 December 1997. 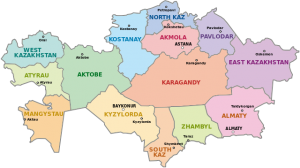 A clickable map of Kazakhstan exhibiting its 14 regions.